Skip to content
Published On: November 7th, 2018By Victoria D'Alisa

Curves or Straight? What shape House is suitable and why

After our first site visit – most of the time we already have a sense of what shape building will best fit. A curved building suits corner sites and allows itself to gently be exposed. A building with straight lines and rectilinear shapes , depending on the site, can have a more grounding effect.

On a scientific level, studies have shown that we are attracted to objects that have curves as it relates more to nature and the human body. When the great architect Philip Johnson first visited the Guggenheim Museum in Bilbao, designed by Frank Gehry, he started to cry. “Architecture is not about words. It’s about tears,” Johnson reportedly said. Something about the museum’s majestic curves moved him at an emotional level. Many others must get a similar feeling, because the building is usually ranked among the most important in modern times.

For centuries, many indigenous cultures relied on circular dwellings – think of the igloo, the yurt, tipi or Aboriginal humpy. Circular houses used inherently fewer materials than their square counterparts, an attractive option when resources were scarce and extra labor meant expending precious energy.

These traditional round homes could stand up to extreme weather. Their curved roofs make them wind resistant—less susceptible to high-velocity gusts lifting up the roof and tilting up the house. As wind can flow around the circular structure, instead of getting hung up around the angles, these homes are particularly resistant to hurricanes and tornados.

In contemporary architecture, curves are used for a number of other different reasons. Our Tamarama House, pictured below, responds to the corner site it is located on, overlooking the ocean.

By curving the front façade, the corner, with its terraces, opens up the building and the curves work well near the water – reflecting a sense of fluidity. The rear of the building is also curved and opens up to the north. 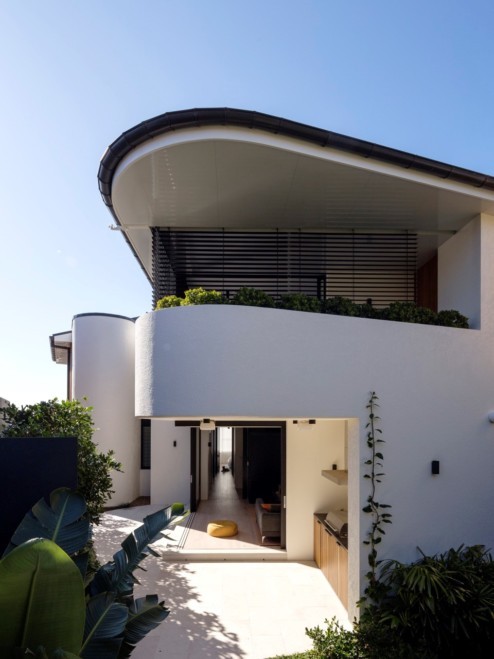 It is important to use curves with care so that they can be truly appreciated. A lot of people avoid them sometimes due to the fact that they can be difficult to plan internally. In our Tamarama House, we used the bold curves as features for the interiors for example in the main bathroom where the curves are used as the shower recess, pictured below. 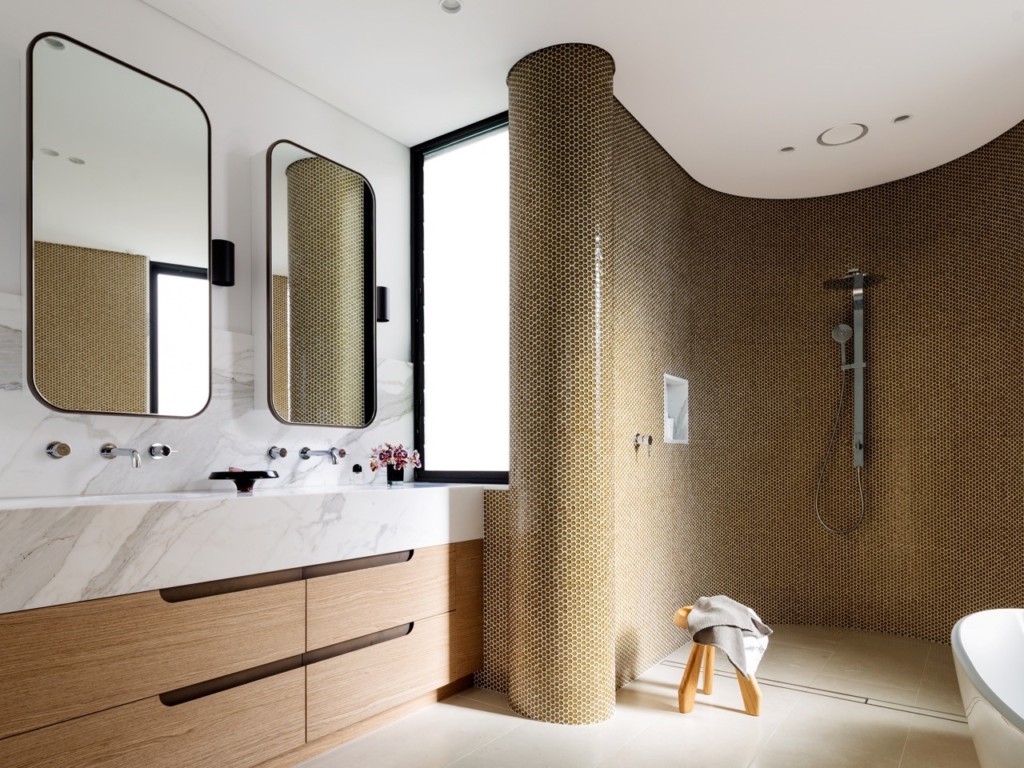 A lot of the well-known modern public buildings use curves as a way of either challenging its location and/or softening its impact.

On an apartment building, “The Terraces” located in Bondi Junction we designed in 1973, the existing surrounds were all low-rise so the new 8 storey development needed to be something with subtle yet bold. The developer gave us permission to locate the garaging separate from the building, allowing the form to be freestanding as such. There was no good or bad side to the building so balconies could be located on all sides and they all had decent views. By curving the balconies, it softened the impact of the building and also gives the residents greater view advantages. 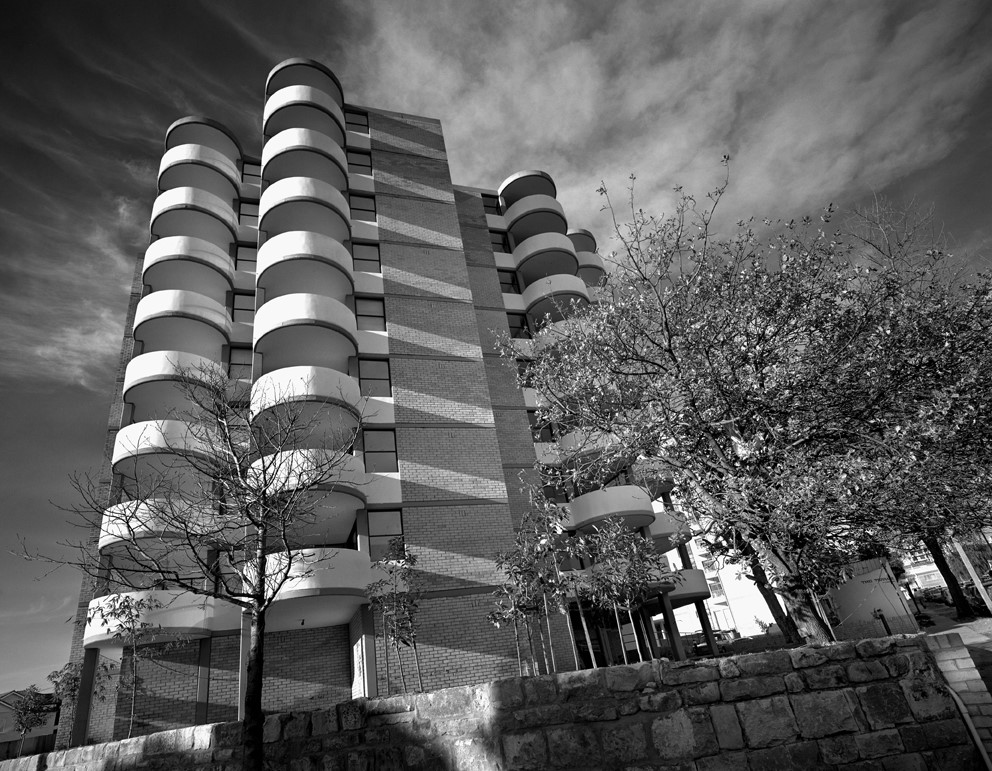 Rectilinear forms to suit the site

Some of our recent projects have used rectilinear forms.  For example our Park House in Woollahra was conceived as a podium to the heritage house behind and designed to minimise the visual impact to this house, hence the horizontal roof lines.  The use of the concrete block walls  and ship-lapped timber cladding brings a precise horizontality which contrasts nicely against the park setting outside and the thoughtful design of the joinery and furniture selection internally. 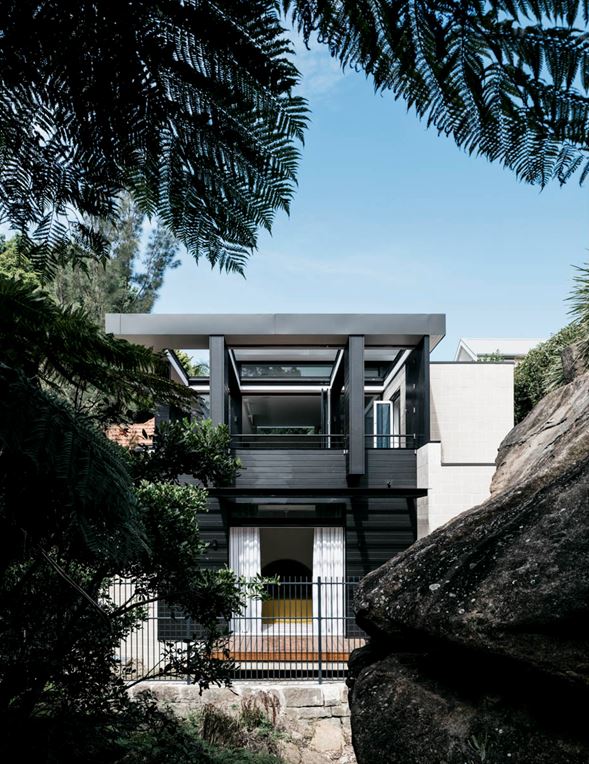 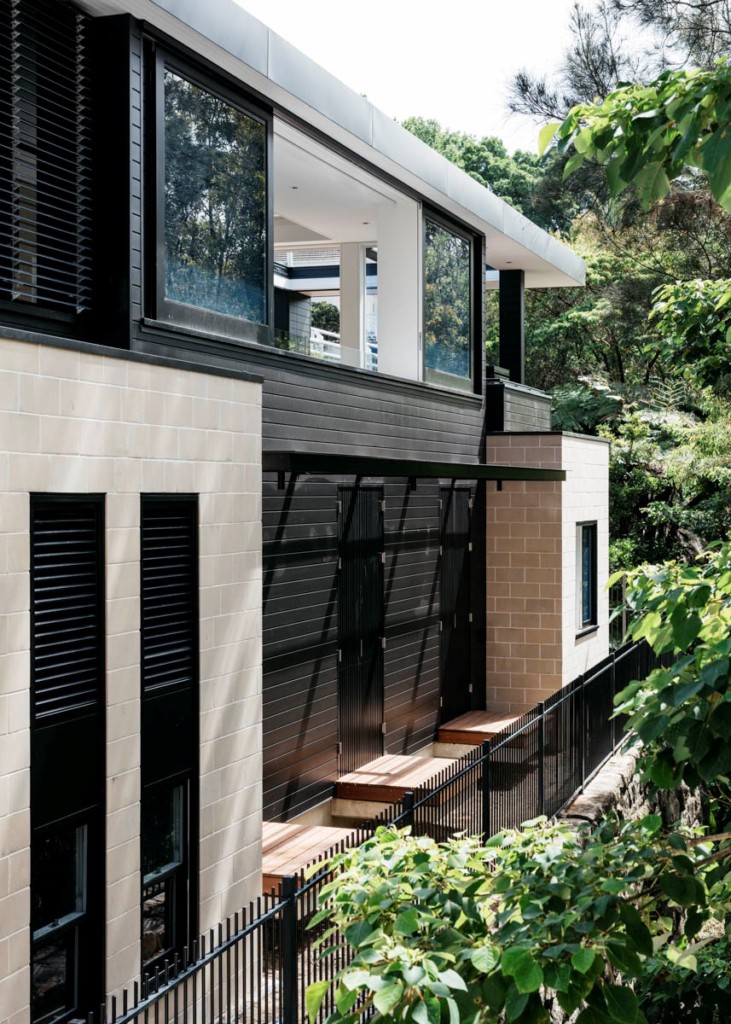 Castlecrag, NSW is renowned for its significant 20th century homes, including those designed by eminent architects, such as Walter Burley Griffin and Peter Muller. It was with this legacy in mind, as well as the need to create a fine contemporary home that resulted in this new house. As with many of the architectural gems that are beautifully anchored into Castlecrag’s rocky and hilly terrain, this home is well secured into its site in its rectilinear forms.

Not offering too much to the street, the home is beautifully revealed once past the fine copper front door. With large and fluid open plan spaces, combined with dramatic voids with strong vertical columns, this house shows the importance of restraint and responds to the northern light and the site’s unique topographical features. The same consideration can be seen with the selection of materials used, and as with the mantra from many great architects, here ‘less is definitely more’. 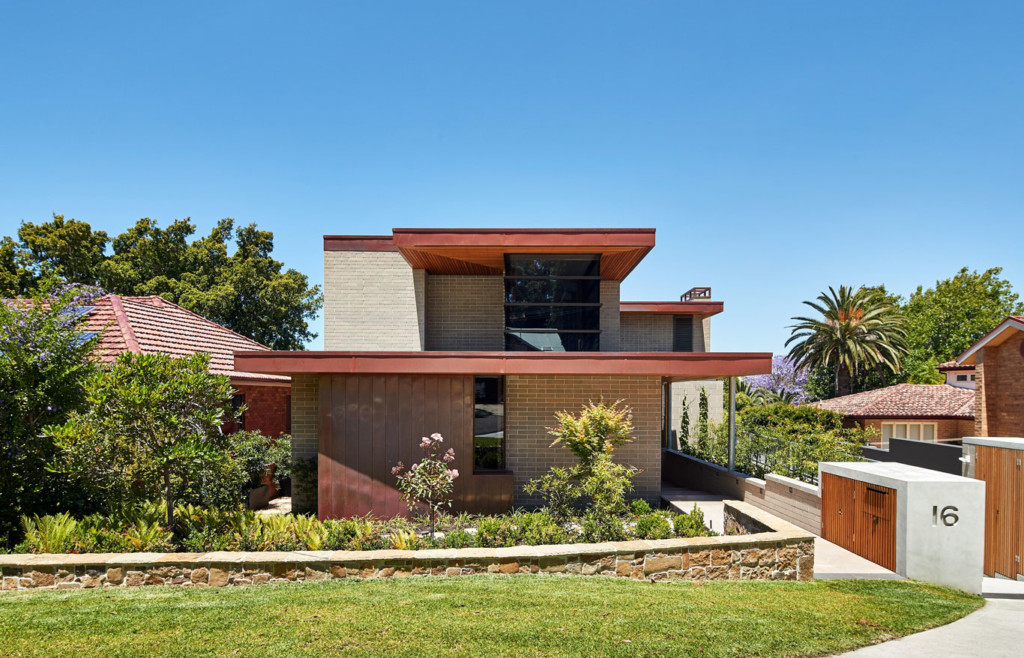 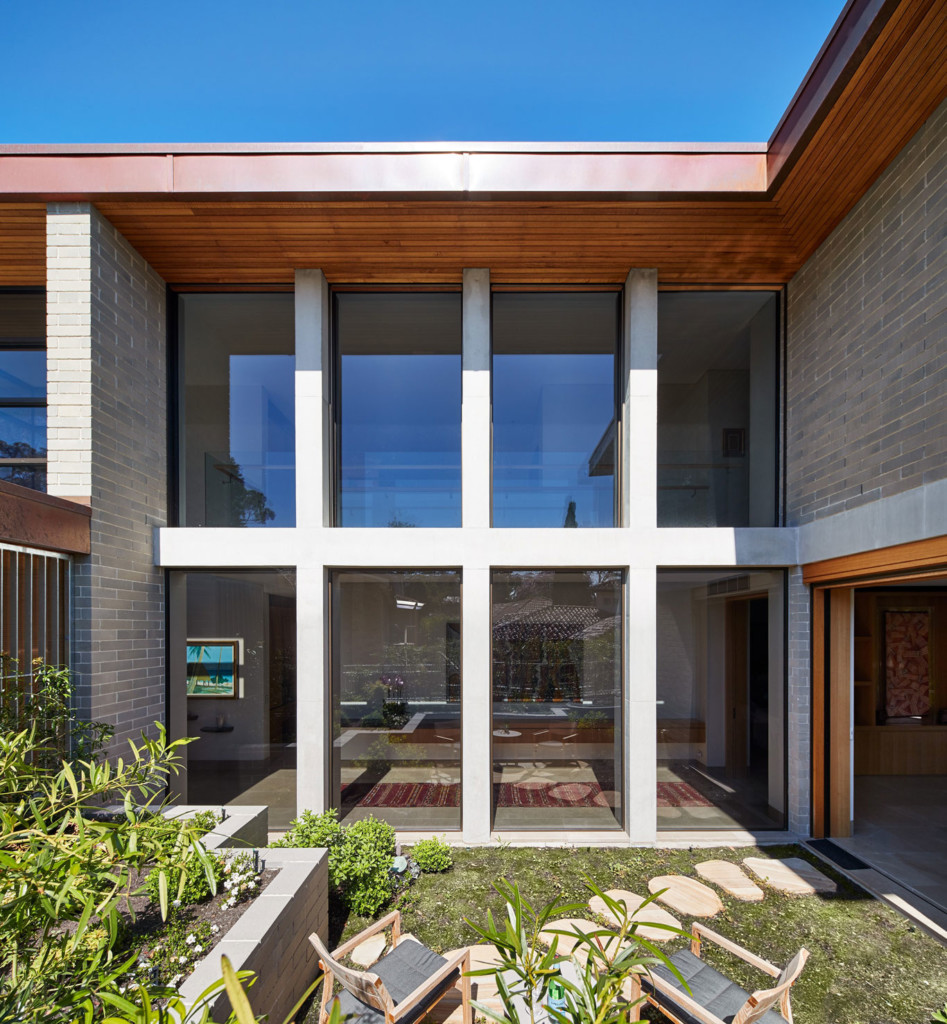