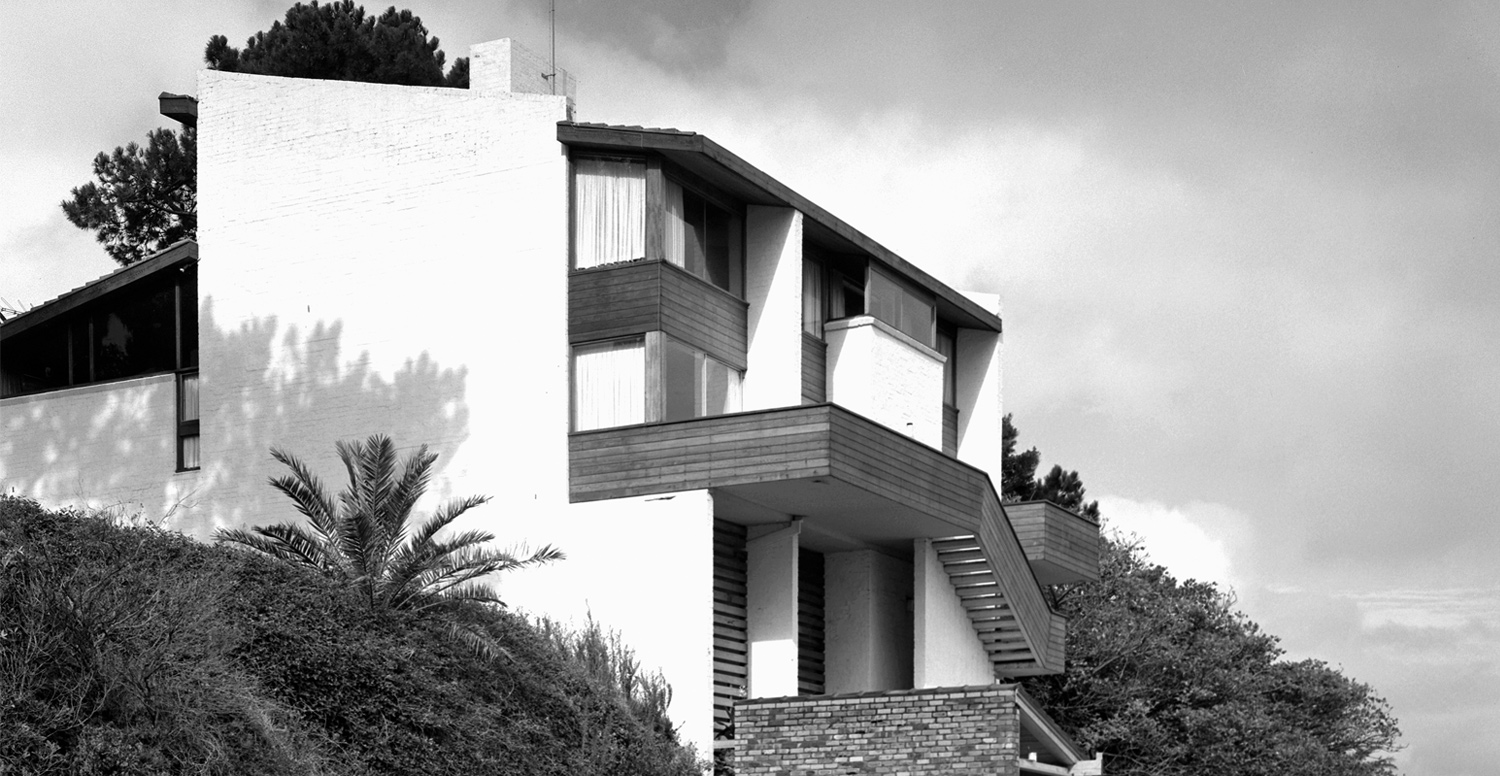 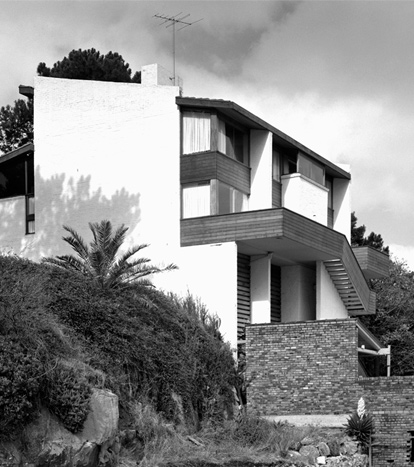 This house was strongly influenced by the nuts and berries school. The angled roofline, following the steep drop of the site, was impressive, as was the interior.

Timber-lined ceilings and slate floors featured in the split-level house, as did bagged-brick work. Contemporary art such as the two large paintings by John Coburn, then relatively unknown, was displayed as well as two armchairs by Ray and Charles Eames ordered from the United States.

A large, bronze-leafed Artichoke light for the living area was also part of the design. 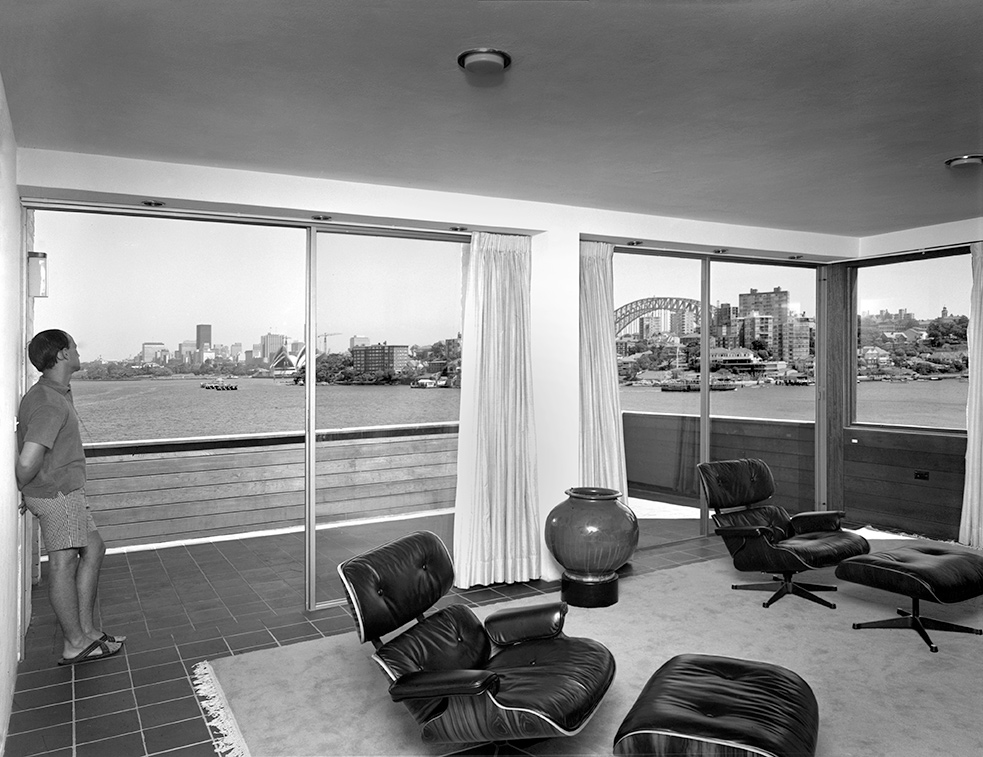 While the owners were delighted with their new home, art and furniture, the press was also captivated, with the Kurraba Point house appearing on the front cover of a book titled Inside Today’s Home by Ray and Sarah Faulkner.

While the Ryan house scored the front cover, with its picture windows overlooking the harbour, other architects such as Frank Lloyd Wright, Philip Johnson and Richard Neutra, had to settle for the inside pages! 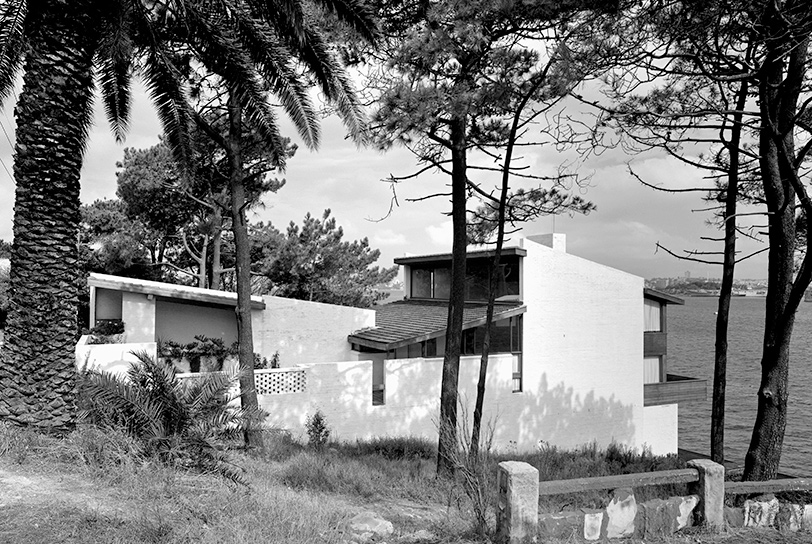 “We gave Andre a fairly open brief. The design was quite adventurous for its time – we loved the raked ceilings and the way he carefully framed the views” 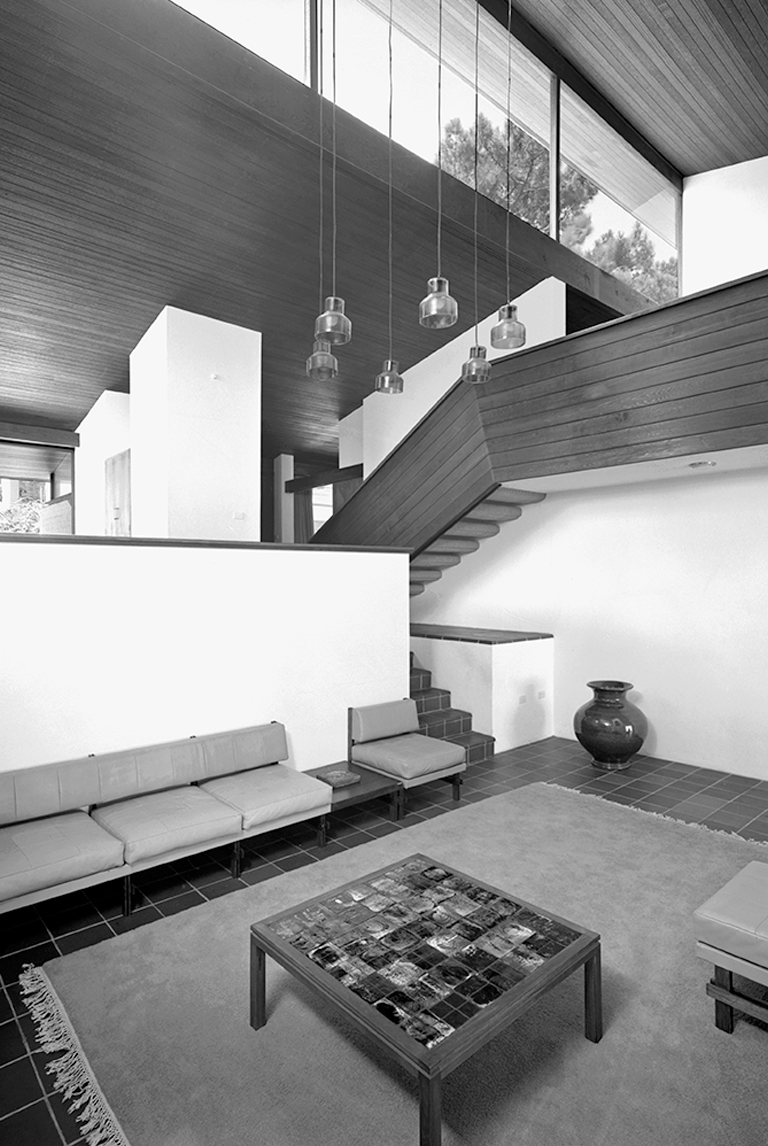 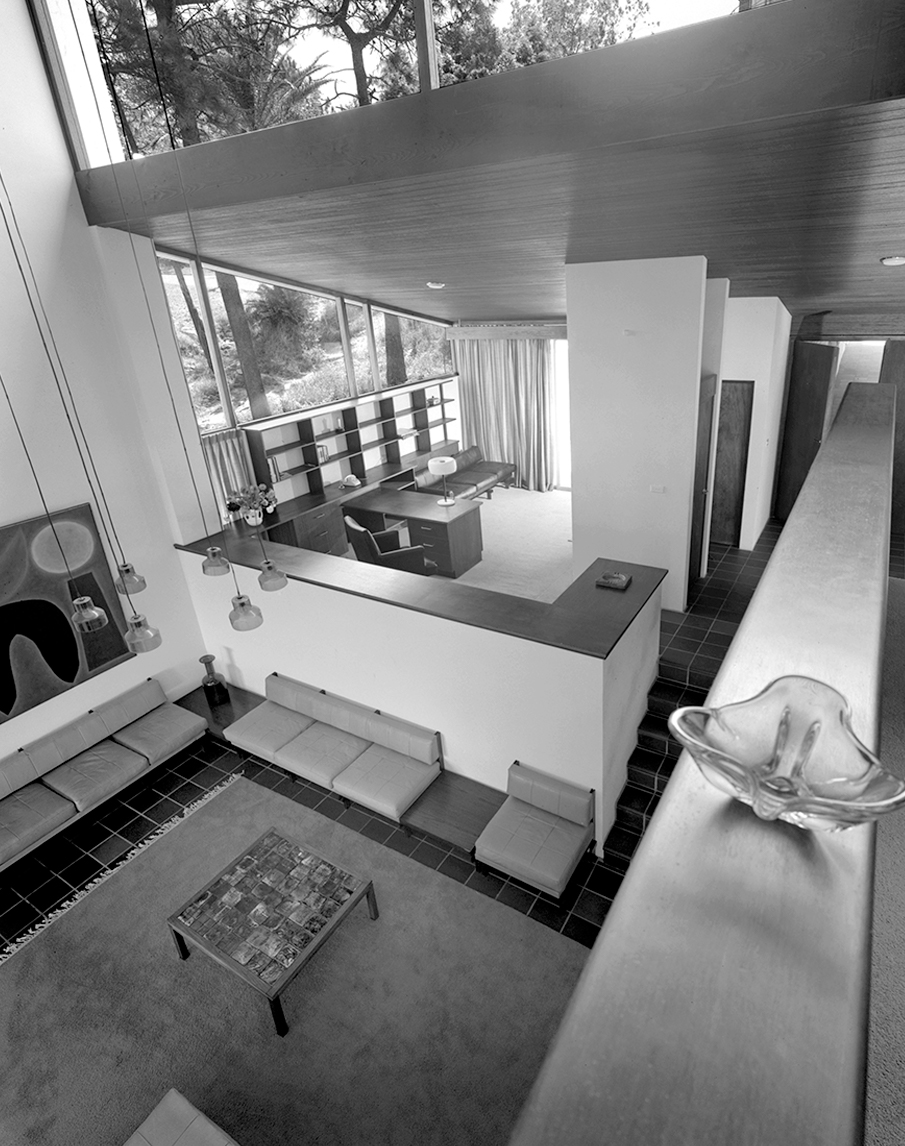 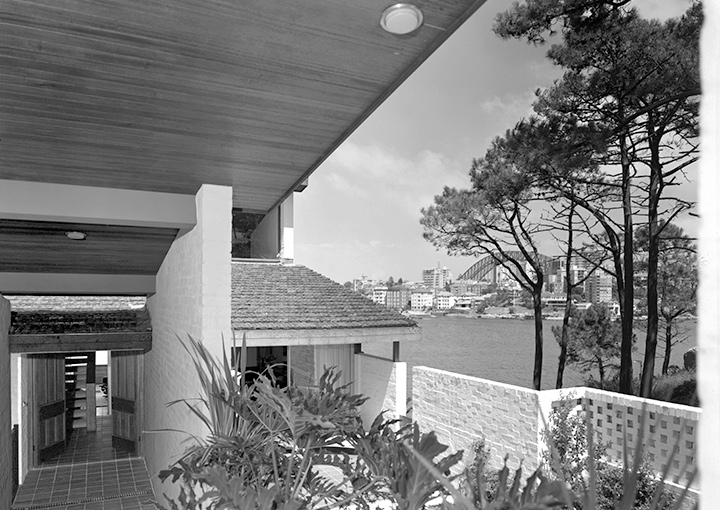